Weddings on the first of september

This weekend I was with my family again and on Saturday we had a big family day because our cousin was getting married! That's on the first of September and that date is kinda special to me. Because it's also the date on which my parents got married some 31 years ago :D. Isn't that something? But lets start at the beginning.

Family
Two days ago I watched my cousin get married. It was a beautiful wedding and she was so beautiful. I could use that word for her hair as well and her dress. It really was amazing. They had a service at city hall as well as in the church and afterwards we went to the reception. In 2009 another cousin got married, but unfortunately me and my parents, we were on holiday in England at the time, so we had to miss it. That's why we didn't want to miss a thing this time around. It was my first wedding to attend, so I was very curious. People always say that they cry at weddings and I wasn't sure if I would be one of them as well. The answer? Yes, I'm that kind of person. Well, a little. But how can you keep it together when two people promise to be with each other for the rest of their lives and when there is so much love in their eyes? Seriously! It was beautiful. And when the groom read his vows... Very touching. So I wouldn't say that I cried-cried, but I did have some teary eyes. Oh, and you also sometimes hear people about the wedding cake. How it's supposed the be good and represent something (no, I have no idea what)... Well, let me tell you, their's was DE-LIC-IOUS! So damn tasty, haha. They also had some cupcakes that were great as well, but that cake... wow! All in all, for a first wedding to attend, it was definitely a great one :). 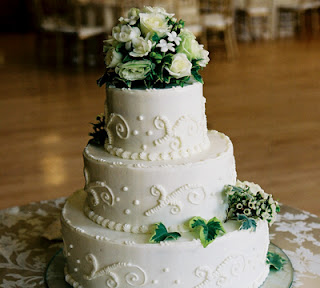 (Not the cake from the wedding, but it still looks very amazing)

Parents
Like I said, my parents got married on the first of September. In 1981. They have been together for two years longer, so we have sort of have a double party every year, haha. Last year we did this whole family vacation thing to the town where my parents got together for the first time, so it had a lot of extra meaning. Thirty years is a very long time and I'm just so immensly proud of them and very happy that they are still together. And now it's thirty-one. So if the date on which you get married is any inclination about having a good marriage, I'd like to think that my parents prove this. I really can't imagine being married for that long (then again, I'm not in a relationship, so that might have something to do with it). Because we had a big wedding this year, we didn't celebrate it that big, but we did go out to dinner after the reception and we had a wonderful evening. 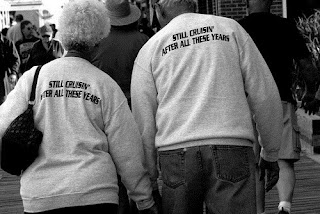 (Not my parents, but still cute right? :P)

Fandom
Apparently the first of September is a great day to get married, because not only did my parents and my cousin get married on that date but also my favorite actress: Sarah Michelle Gellar and her hubby Freddie Prinze Jr. They got married in 2002, so a couple years later. Right now they are still together with a baby girl and another child on the way. Because I'm such a big fan of her, I just like to see her happy. Her work is such an inspiration to me and in that way she means a lot to me, so I also kinda share in her joy when I read articles about her personal life. I don't know if some people think that that is weird or something, but that's just me. 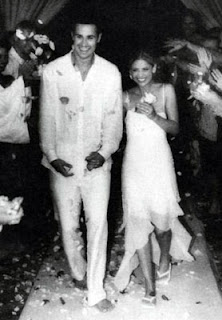 (Freddie and Sarah on their wedding) 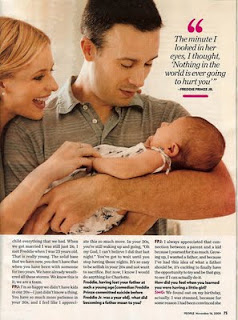 And talking about famous (married) couples that I love: Buffy-alums Alyson Hannigan and Alexis Denisof are just the best. I mean, come on... Take a look at this picture! How cute are they with Halloween??? 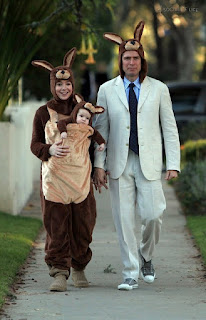 Another reason why September first might be a good date to get married (though it's kinda beside this glamour/American wedding), is the weather. Both my parents and my cousin had great weather. And to be totally honest here, isn't that what we always want on a wedding day? :P It's supposed to be the perfect day where everything runs smoothly. Unlike the weddings you see in a lot of sitcoms, like How I Met Your Mother, Buffy the Vampire Slayer or Friends. I would have liked to share a vid from HIMYM here, but unfortunately I can't find a good one on YouTube. So you'll have to find it yourself. The episodes are 2x21 (Something Borrowed) and 2x22 (Something Blue). Enjoy!
Gepost door Unknown op 20:23