Live like a veggie - maybe even a little longer

On June 30th the Viva Las Vega's Food Festival took place. It was the last day of the Veggie Challenge for me (though you can also try a month longer or start on July first) and it was a day to look at all the delicious alternatives there are for animal food products... and more!

That's a month
The Veggie Challenge ended for me that weekend. A month without any meat at all and once a week as a vegan. As mentioned in my previous blogs (note: two links here :P), it doesn't have to be so difficult. But there were some challenges that I failed to conquer. One of them was one I spend a couple of days with my parents. My mother knows I love this very difficult and time consuming recipe with fish and she made it for me. I then told her that I really love it, but that I couldn't eat it because I entered the Challenge. She looked so hurt and tired that I said I'd make an exception and just pick the pieces of fish out. But as it turned out, they were really small and I ended up eating some.
There was another incident, also at my parents house. We got home late after the Viva Las Vega's Food Festival and ordered Chinese. I ordered some things that could have been veggie, but we forgot to say it and I ended up eating some chicken :S. I found out to late, and we had people over, so I couldn't exactly spit it out... So I ate it, even if I didn't really like it. So those are my little challenges/mistakes during the past month. But all in all I think I did really well. Unfortunatly - and I'm really bummed about this - I didn't succeed in the Challenge :(, but I did eat less meat and other animal products (like honey, eggs and cheese) than I would have so that's still a win in my book.

As for my last vegan meal. I loved it. I made Mexican wraps, with very easy products and it was very nice. I did make it with soy product instead of meat of course, but it was really good. It had a lot of taste and I'll definitely make it again. Other than that, I love the different spreads and salades I had during this month. So even though the Challenge ended, I'll keep eating something vegan every now and then. Just because it's good for the environment, the animals and of course my own body. I also like being creative with food and finding new recipes and these are all fun things to be busy with when you have the time (and of course money). Because I entered this Challenge I know where to find some recipes and I'm really excited to try some of those out. So that's another reason for doing it. I don't think I'll ever eat completely vegan, I won't overdo it (in my own words and no offense), but within my limits I'll keep eating/drinking vegan food and drinks. Because they are just as delicious and every little bit helps ;-). It will also keep me healthy (more vegetables for one), which is always good in my book. One thing I learned and will probably keep doing is looking at ingredients. Just knowing what I'm actually eating was very interesting for me. So that's what I'm taking with me from this past month.

Food, Films and other Festivities!
But of course the main activity was the festival. An initiative of young vegans to introduce people to a vegan and/or veggie life style. And even though it was a Food Festival it had so much more. It started around noon and until five there would be stands. Then at six o'clock they organised a vegan BBQ, after which there was time to party at Club V. Now that's a full day!

The market was free for everyone, but they also organised several workshops in which professional cooks would teach the people who signed up for it (bought tickets) to make certain delicious foods. Like cupcakes, but also some kind of vegan pigs in a blanket. It was sold out weeks before the festival, with the exception of kid workshops. So it was a very busy day for some people.
The 'market' (?) consisted of stands with a lot of people promoting their business. Most of them were for food: delicious cupcakes, burgers, sushi, chocolates, spreads, popsicles and much more. Some of them you could try out for free, but others you had to pay for. And it proved to be a succes, because some had sold out or had to get extra because they didn't bring enough. We also had really good weather, and that's always a plus. It was outside and rain wouldn't help with that. But - as I said - it wasn't just about food. One stand sold vegan shoes! Can you believe that? You could also traid your clothes for other ones (kind of second hand, but you wouldn't have to pay for it) and there were natural beauty products. I don't remember all the names, but one of them was LUSH. A brand/company I've know for a couple of years now. They have really amazing things! 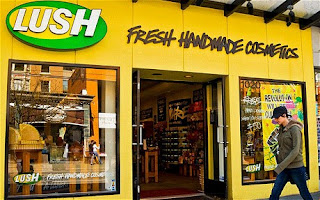 Then there's my (extra) reason for being there: My sister got in touch with this company in New York that makes totally vegan clothing (they even use PET-bottles for some of the clothes). It's called Vaute Couture and it's so cool! Anyway, they are thinking about branching out I believe and my sister arranged for them to get a stand. Her boyfriend and me would stand there and sell it for them. That way we could see if people were interested. And that's what we did. We had a lot of smaller sizes, so that was a little unfortunate, but we sold about half of what we had. I'd say it was a succes! It was so much fun to talk to people about it and see how other people also cared so much about this cause. And the clothes were absolutely amazing, so why wouldn't people like it ;-).
One other thing I helped my sister with was the movies. They showed a film program, because after walking all day or taking part in the workshops people may want to sit down for a while. So I helped to find some (short) movies that put vegans and/or animals in a positive light (instead of all those documentaries that would scare you out of eating fish or meat). I really wanted to see them myself (of course!), but unfortunately I was so busy selling clothes that I just didn't have the time. Several titles were Tegan the Vegan, Charlotte's Web and Vegan Love. The maker of this movie has his own blog and tries to use vegan film material as well, which is really interesting. 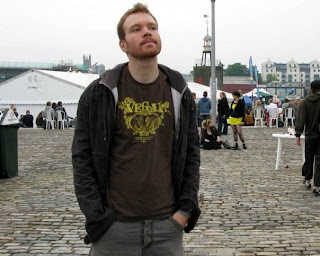 Check out his blog www.veganfilmmaker.com,
you can also see Vegan Love there!

My sister was a volunteer and in the organisation, so she was busy a lot of the time. Good thing we could help her out. I was there around eleven in the morning and helped out until half past three. Then I walked around a bit myself (with my parents who had just finished with a workshop/meal themselves) and them we went home. So I didn't go to the BBQ, even though I was really curious and it sounded heavenly. And I didn't go to Club V, but then again, it wasn't really for me I think. Could have been fun, but I had a lot of busy days (with graduating, my dad's birthday and helping out at the festival) so I could use an early night.

The festival was definitely a succes and I really hope there will be another one next year! It really succeded my expectations, because they showed how much is out there and how easy and fun all this veggie/vegan stuff can be. They really deserve a round of applause and I'm glad I was a part of it.
Gepost door Unknown op 12:42