A while ago I saw the movies Thor and Beginners. At first sight you would think they wouldn't have that much in commen. And that is correct. But what they do have in commen is that they both had a quote about magic which cought my attention.


http://www.youtube.com/watch?v=FUab6cGVB88&feature=related
"I come from a world where magic and science are the same thing" - Thor 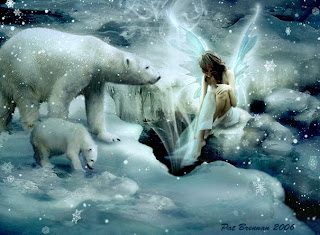 "Well, magic's just science that we don't understand yet." - Foster in Thor.

A long time ago, a lot of things would have been called 'magic'. Nowadays we are to evolved to think so. If not and you voice your opinion, you will probably be shrugged or laughed at. Lighting doesn't come from the God Zeus, but it's a reaction between clouds and their temperatures (or something... If you wanna know the whole story, go look it up. I'm no pro). A rainbow doesn't have a pot of gold, but is also just a reaction between the sun and rain drops. People get healed not by the powers of (any kind of) God, but by medicine. At least that's what most people say. But some people still believe.  Like the quote above, I would like to say that magic is science that isn't understood yet. Therefor it's magical, because we can't understand it yet. There are people who can't accept that and need to find out what's behind it, but there are also people who simply enjoy that it's a wonder of the world. My question would be 'Why take the magic out of everything?' I guess that it also has a lot to do with the fact that people can't accept something when they don't understand it. I'd say that that is their loss.

It's wonderful to see a rainbow and enjoy the beauty of it. To look at the clouds and find shapes of animals in them. To look at the world and let yourself be amazed. There is one time when a lot of people are suddenly open to this way of thinking and that's Christmas time. In the United States they have Santa Claus with his reindeers and elves, who do magical things. And pretty much every Christmas movie is about adults having lost their faith or ability to believe in magic and finding it again through children. Children believe and for them the world is a magical place. At least until they get too old and society sets them straight. In my opinion that's too bad. There is enough stress in the world and people worry too much (me included). And if you can't enjoy some of the magical things in life, life itself (i.e. the stress, responsibilities, family ties, duties) may destroy you. 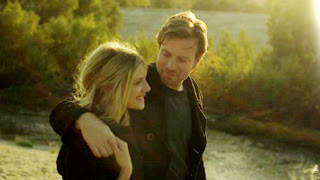 "People like us, half of them think it will never work out. The other half believe in magic." - Anne in Beginners.
You can choose to see the magic in life. I'm not saying it has to be 'real' magic, like the stuff they show in (science) fiction shows, such as Charmed and Buffy the Vampire Slayer. But you could see the magic, or the wonder, in everyday life.  Isn't it amazing that we are able to see the stars and watch the moon shine, even though we can't see the sun that makes it visible to us? To be able to communicate with everyone over the world, even though we are miles apart? To play around with frozen water: snow? Or like the quote suggests: love and relationships. Isn't it wonderful to have someone you love and who loves you back? Isn't that kind off a miracle?

Every person has a choice in what he/she does or doesn't see. Like I said above: Christmas time has something magical about it. That's why some people call it 'the most magical time of the year'. What makes it even more magical is that everything seems better. When snow has fallen down and everything is covered, it feels like a clean slate. A new start. To me that's magical. Everything is equal. There are Christmas ligths everywhere and that also has a magical feeling to it. It brings light in the darkness. It helped the three kings find baby Jesus and helps people who are lost to find their way. It also (usually) helps bring people together. Whether that is to help a good cause (and donate money), to finally open your heart to people who are different (whether that be in wealth, color/race or partner choice) or in your own family. In a way it's actually kind of strange that a certain time of the year can inspire so much good in people... I also choose to see the magic in that. I truly believe that if you can believe in magic and have faith, nothing will ever be a lost cause. Because there is always a chance that something wonderful can happen.

Why does it look like magic?
(Besides the fact that this is a still from HP, I mean)
p.s. I do not own any of the material, but my own words.
Gepost door Unknown op 19:16