Today, June first, I'm starting with this challenge... a Veggie Challenge! It's an initiative from the young group behind Viva Las Vega's. Their goal is to promote the consumption of plant products: to make others more aware of what they eat and what's in their food, but mostly to eat less animal products. When you sign up to do this you have several choices. You can either choose the month June or July (or both) and then there are the choices of how many times a week you want to eat vegetarian and/or vegan. Seeing how I call myself a flexitarian (though I dislike that word) I will go a month without any meat/fish, so seven days a week. As for the vegan part, I thought I might as well try it. My sister is vegan and she eats (and makes) the most delicous things! So why wouldn't I want to join that? Other than that, it's really healthy because their all natural products (from plants).

Now I don't like the idea of eating meat. And since my sister has become a vegan I have been reading much more about what's in our food and how they make it. For instance, did you know that you need 7 kilograms of grane for 1 kilogram of meat (to feed the animal, that is)? That's seven times as much!!! So imagine how much food there actually is in the world :O. That's kinda a OMG-moment, don't you think? One thing that really grossed me out though, was that cows (and the likes) are being forced to produce a lot of milk. They are not used to it, so it's unhealthy for them which causes infections. In one glass of milk, there's one thimble of pus (you know, the yellow stuff that oozes out of a wound). Gross!!!!! (That also applies on yoghurt and cheese of course). So when you think about it, even milk is inhumane for the animals and that food really isn't that healthy. And that's why I'm really excited to accept this challenge. The only reason why I'm holding back on it (and not going for more vegan days a week) is because it's expensive. It shouldn't have a price, I know, but hey, what would you do if you have no income at all? 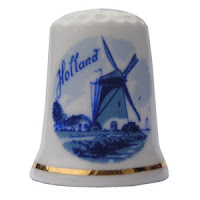 The vegetarian part
Vegetarian food isn't exactly new to me. My mother was a veggie while I was growing up, so we never ate that much meat to begin with. The realisation of what meat actually is hit me later, like in my teens/high school. Somehow I just don't understand why people 'have to' eat meat. It's inhumane if you ask me. People say it's so delicious, but I don't get it. When I eat meat - like I said, I'm a flexitariar - I am very aware of the fact that I'm chewing on a cow/goat/pig or whatever it is I'm eating. The most trouble I have with red meat, because I see the red juice coming out of it, and I see blood. I also see those tendons (?) and I just start to gag. Seriously, it isn't pretty. When I moved out of my parents house and went to live as a student, I knew I would eat vegetarian. Because if I couldn't eat it, I definitly couldn't make it myself. It just kills me to have to cook/fry meat, because - again - I can see what I'm doing to the animal. Of course the animal is way dead by this time, but it doens't matter. It used to be a beautiful animal and now it's food. People are so weird sometimes... So I guess you could say that my motivations lie in the sweetness factor of animals. I have a heart for the animals and that's how it started.
But little over six months ago I went to this meeting of a youth party (political, for animals) and there's a whole other set of important things to take into consideration as well. For example: Having those big kinda stables is bad. The gasses that come out of it, are really bad for the environment. Who new? I sure didn't! It made me wonder what else was going on that I had no idea about.

The flexitariar bit
So, I'm a flexitariar. Meaning that I sometimes eat meat. Like I said, I don't cook meat myself, but sometimes my parents do and sometimes I eat it. Usually when it's just a burger or something I just go without. But on holidays (when my dad has spent hours in the kitchen) I sometimes take a bite. Just because he has put so much effort in to it and he's so proud. But thankfully, more and more, they cook veggie for me (and of course my sister and her boyfriend). Other things I eat, are mostly things that I don't know what's in them. Like - I guess the English word is - pigs in a blanket (?) or something that I don't think exists in England, called a 'fricandel'. Though I have heard (from my sister) that's it probably the worst meat-thing I could possibly eat... One thing that I do eat when I'm with my parents and they make it is salmon. That's because it's supposed to be really good for year health and my mother told me that I really need it. But the older I get, the less meat I eat. I used to love tosti's (grilled cheese with ham) and it has become an exeption to eat one now. I also love pizza and while usually I eat a veggie one, I sometimes go for one with a little meat on it. Just to be clear: I'm talking about those frozen ones, whenever I'm in a restaurant I always order them without meat. But lately I hardly ever eat meat at all. Which I think is a really good thing. So a month without meat, should be a piece of cake. Let's see if it sticks!

Me and other people
Sometimes when people have certain morals or values they try to convince others that they are the ones who are right. That's not necessarily me. Sure, when people ask me why I don't or eat less meat, I explain it to them. And I would love it if less people would eat meat. But I think everybody is free to make up their own minds about it. I do not find it easy to watch someone eat a steak, or hamburger or something like that. Because again, I see them chowing down a dead cow. And it gets to me. But I'm surely not gonna say that my way is the only way and that everybody should stop eating meat. Even though I think it would be better for the world and the people in it. So yes, I may say it here. But I wouldn't say it to their face. That just leads to discussions that always end the same way it started. With no change at all, just a lot of frustration. People don't have to get each other when it comes to things like this. I think the most important thing is to respect each others decisions and let them eat whatever they want. My last side comment on that would be, that I still think it would be better if people would put more effort in finding out what it is they are eating. Because I think that when people do that, actually pay attention, that a lot of people would start eating less animal products anyway.

The vegan part
Now this is a real challenge. As my sister tells me, a lot of products contain some kind of byproduct that has eggs or milk in them. So eating vegan once a week, will mean I have to really start looking at the ingredients. Though it may take a lot of work and time, I think it will be awesome. Because I never read what's in these things. And that's how I found out that gum has animal products in them! Wine has someting of fish in them! I mean come on... What's that good for? Now there are a couple of things that won't be so different. For instance, I always start my morning with cereal. I already started taking soymilk a while ago and as it turns out, I like it much more than cows milk! And it's just as good. Even better actually, cos HELLO without the pus! :-). But I do eat one sandwich with cheese everyday. This will be a big no-no. Fortunatly, there are delicious spreads that I can eat instead. Writing this now, I'm getting really excited. I thing it will be an eyeopener to realize what I'm eating and how much better I will feel (morally and physically) by choosing natural products. I think it will make me feel healthier and more aware. I'm even so excited that I think I'm going to do a second blog about what I usually eat and how that's going to change during this challenge. So stay tuned! 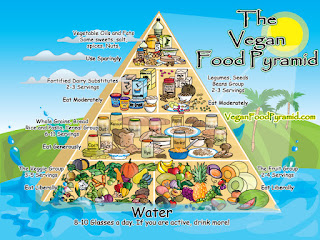 (with such delicious products, how bad can it be?)