Time goes by so fast. It's already day 20th of the Veggie Challenge, which also means that there's only ten days to go. I have to say that I was a little surprised at first. As I think I mentioned in my previous blog about the Veggie Challenge, what I really like about it is really finding out what you're eating. The ingredients in your food. Turns out there are a lot of products with some form of eggs or milk in them (or honey and gelatine for that matter). And we can't have that, cos those are animal products. Luckily we have the www to find out what several ingredients mean. And of course we have our own eyes to check the packaging of the products, where the ingredients are listed.

It's really not that hard to find vegan food. There are the obvious vegetables (though they are better from your own country: less chemicals to keep them fresh and so on), and whole weated pasta's or rice and such. I believe bread is vegan, but I'm not sure about all of the ingredients... As a nice extra I bought rice waffles (or however they are called) and crackers. Of course I can't eat cheese as a vegan, so I went out to find wonderful substitutes. For example, I found some delicious spreads (from tomatoes, paprika or cucumber), but also apple syrup (it's not exactly a syrup, but it's the best word I could think of) and peanut butter. Wasn't it Moby who lived a year on bread and peanut butter, because he had no money for other things but still lived like a vegan? This proves anyone can do it. And it doesn't have to be so expensive. There's also hummus and avocado with tomatoes, which make delicious sandwiches. And that's only for lunch! Most of this food you can easily find in a random grocery store. But for some products I went to the specialists, in this city you can find several grocery stores that specialize in biological food, like EkoPlaza. A store like that, makes it that much easier and surprises you with so many products, that it's make it hard to choose. 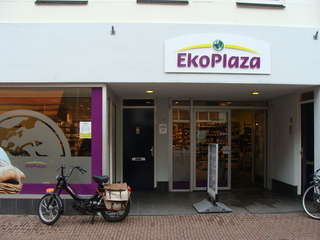 I also like to snack and there are enough cookies, crackers, chips and you name it. Like 'Love-choc' - it's so yummy... and the name says it all, right? I will not go into further detail about this, because it's too much to mention. But I will focus on one thing, because it caught me by surprise and that's gum. Yes, I'm talking about the white candy you can chew on... My sister brought it to my attention that it's made from raw oil and gelatine from cows. That's right... doesn't sound to tasty now, does it? It also sounds weird to have those kind of ingredients in stuff we eat. So gum? Not vegan or even vegetarian. Instead of buying gum - cos I do like a fresh breath - I found mints for veggies and vegans! It even says it on the box. How amazing is that? 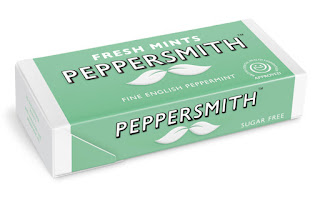 The most fun part of doing this, is going all out. Taking the time to prepare something amazing to eat, whether it's morning, noon or night. I always have cereal for breakfast (with soymilk and now vegan cereal), but for dinner I like to take some more time. My first vegan day I didn't have a lot of time, so I decided to take the easy way: simple patatoes and vegetables, with fruit as desert. As a 'meat substitute' I could have added mushrooms or something, but you don't have to eat it everyday, and I'm not a big eater, so I decided to do one day without. But last week I was at my sisters and we spent the entire afternoon making delicous salades. From patatoes with beans to couscous (?) with apricots and dates. There was also soy yoghurt with cucumber, tomatoes and some herbs/spices and we had bread, without eggs or milk. It was a delicious feast! Tonight I'm going to make couscous with green vegetables, like broccoli, letuce and celery. I made it once or twice before, but it started out as some left over groceries I had lying around and I didn't want to throw it away. Boy, was that a great idea!

Because next week is the final week of the challenge I want to make something really great and creative. I can't wait to look up some recipies for that. But I'll leave that for the weekend, so I can really take my time for it.
Gepost door Unknown op 21:41