BOO-YAH! This week it finally happened: The Kickstarter project for one of my most loved TV shows ever (yes, there are others besides Buffy). It's Veronica Mars!!!! You might remember me talking about it on my awesomeness of quotes page or you might not. But this show is pure brilliance. Let me tell you why. 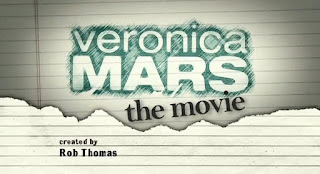 'We used to be friends' (background)
After Buffy had ended in 2003 the world needed another teenage show about a strong girl. In 2004 UPN (the network that aired the final two seasons of Buffy) filled that gap with Veronica Mars. The series follows teenage girl Veronica Mars (played by Kristen Bell) in her high school life in (the fictional town) Neptune, California. Her father, once the sheriff, is now a PI and Veronica helps him out in the office. But she's also working on her own mystery. At the start of the show, it's been a year since her best friend Lily (Amanda Seyfried) was murdered. The turning point in VM's life. In each episode, Veronica solves stand-alone cases for other students, while unraveling the big mystery over the entire (first) season. The first two seasons had a season long mystery arc, while the third season focused on a couple smaller mystery arcs that lasted several episodes (to let new people catch up to the show, which didn't work). In her work VM has help from her father (Enrico Colantoni) and friends Wallace (Percy Daggs III) & Mac (Tina Majorino). She also juggles with teenage drama/trauma, like party's, boyfriends and SAT's. 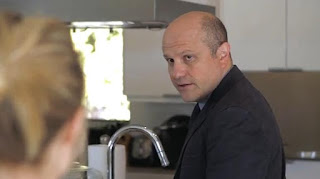 P.s. Because I simply can't not name other main characters, say hello to these wonderful actors in VM: Jason Dohring, Teddy Dunn, Francis Capra, Ryan Hansen, Kyle Gallner, Julie Gonzalo, Chriss Lowell, Michael Muhney and Max Greenfield. Being a Buffy fan as well, I also have to mention the cameo of Joss Whedon and the wonderful parts played by Alysson Hannigan and Charisma Carpenter. But there are way more awesome actors in this show. So the best thing to do, would be to go see it for yourself ;-). 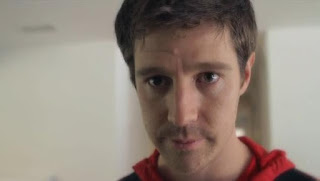 Fans rule!
Season three wasn't aired on UPN, because it became The CW. Here Veronica Mars aired it's last eps. As mentioned before, the set up was a bit different. Unfortunately, it didn't help. The numbers were dropping and fans fought long and hard to keep their show on the air. A group of fans called themselves The Cloud Watchers and they organized very creative campaigns to bring more viewers to the show. Just to name a couple: They hired a plane (!!!!!! These fans are the best!!!!!!) to fly over the CW offices with a banner that said 'Renew Veronica Mars'. They also hired teams to distribute 30,000 fliers after the show came back from their midseason hiatus. The show was cancelled and in a last attempt the fans sent over 10,000 Mars Bars (you know, Veronica 'Mars' - for the Dutch people out there 'marsrepen' :P), hoping the decision by the CW would be reversed. But no such luck.

There was even a pilot for season four (see above), where Veronica would have been an FBI-agent. It took place four years later, but it wasn't picked up. So now the fans were left with an open ended show finale and no real closure. So to speak. No wonder they still wanted a movie to happen! With all these new social media ... there should be a way to do this. And this week it finally happened!!! :D 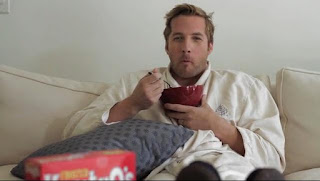 P.s. 2: I actually wrote a paper during my Masters on the power of fans and how they tried to keep their shows alive (like Firefly, Veronica Mars, Dollhouse, The Sarah Conner Chronicles). When I have time, I'll be sure to post it in one of my blogs ;-). 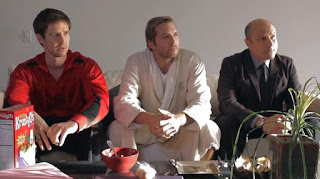 Kickstarter!!!!!
Say Hello to Kickstarter. Fans had waited for years and years and now it's finally happening. Kristen Bell has always been open to it. But of course everyone went their way in new shows (Bell in House of Lies, Dohring was in Ringer, Hansen was in 2 Broke Girls just to name a few, and of course in movies), which could make it more difficult. After the cancellation of Veronica Mars, Rob Thomas (creator, writer) wrote a feature film script, but Warner Bros - which holds the rights - opted not to fund the project at the time. 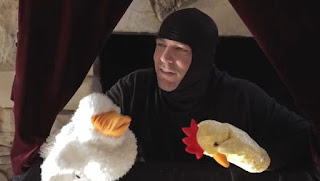 This week on March 13th, Rob Thomas launched a fundraising campaign to produce the film through Kickstarter. Only seconds after it was launched fans around the world started tweeting, facebooking and whatnot it. And of course they pledged!!! In less than ten hours, they reached their goal of 2 million dollars to make the movie happen. This is a record for Kickstarter and shows just how dedicated the Marshmallows truly are.

(Who wouldn't give their money with a vid like this? :P)

They worked everything out: For different bids, you get different packages, so you won't be empty handed (starting from 10 dollars). There's the script, there's T-Shirts (limited of course), there's voicemails, video greetings, posters, tickets to the premiere, even a small part in the movie itself! Production is scheduled to begin during this summer and they hope to release it in early 2014. Everything above the 2M, will be used to make the movie even better.

(I got superexcited and made some of these... Cos that's just what
I do sometimes. - so sue me! - Check below for two more)

Veronica Mars: The Movie
On their Kickstarter page, you can read what pledge will get you what. You can also read what the story will be about and updates by Rob and Kristen. So, to quote Rob:

"Life has taken Veronica away from Neptune. In the years since spoiling Keith's chances to be reelected sheriff, Veronica hasn't taken a case. But something big is about to bring her back home and back to her calling. My goal is to include as many of your favorite characters as possible. It is, after all, time for Veronica's 10-year High School reunion."

Well, I'm already looking forward to it! How about you??? They just started their YouTube Channel - youtube.com/veronicamarsmovie - and of course you can find them at facebook.com/VeronicaMars . You could of course follow them on Twitter as well @RobThomas and @IMKristenBell 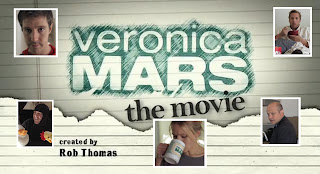 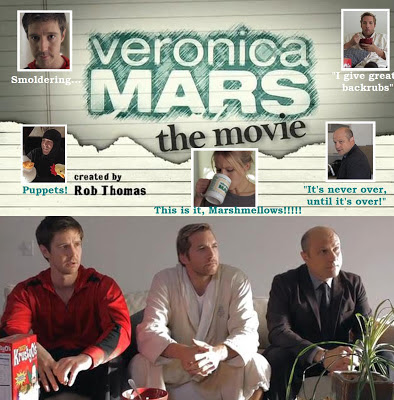 (yes, I totally know - now - that I misspelled Marshmallows.
I blame my excited state of being at that moment)
Updates:
In ten hours time they reached their goal of 2 million dollars, which means that this movie is actually going to happen!!! I'm gonna try to post a screenshot of Kickstarter everyday or so, just to keep up with it. I really hope I'll find a job this month, so I'll be able to pledge as well *fingers crossed*. Cos I really want them to be shipping to Holland as well and I really would like a DVD! <3 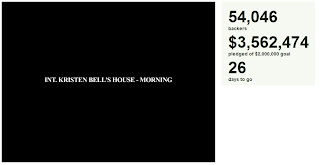 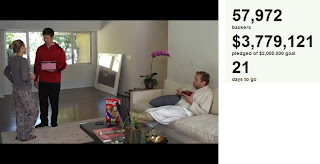 For more info on the VMMP or Veronica Mars, check these sites:*

*I could add a lot more websites, because the internet is booming with news on this project. It would be much better to follow them on Twitter and such, so the news will come directly to you ;-).